Uterine fibroids are noncancerous muscle growths within the walls of the uterus.

Endometrial polyps are abnormal tissue growths within the endometrium, the inner lining of the uterus.

Ovarian cysts are fluid-filled sacs on one or both ovaries that usually form during ovulation.

Symptoms of fibroids, polyps and cysts vary, but these structural abnormalities can all contribute to pelvic pain, abnormal uterine bleeding and other complications including infertility.

Treatment for fibroids, polyps and cysts depends on symptoms and patient goals and includes conservative, nonsurgical methods as well as surgical intervention when necessary.

Uterine fibroids, which are also called leiomyomas or myomas, are benign (noncancerous) muscular growths within the walls of the uterus. In fewer than 1 in 1,000 cases, what was thought to be a uterine fibroid may be a cancerous mass. They range in size from ¾ inch to several inches in diameter.

According to a study published in The American Journal of Obstetrics and Gynecology, fibroids affect up to 70 percent of white women and between 80 to 90 percent of African-American women by age 50. They often do not cause any symptoms and are frequently detected incidentally during a routine examination.

Fibroids often cause heavy and painful periods, abnormal uterine bleeding, and pelvic pain and pressure in patients. In addition to discomfort, fibroids may also cause pregnancy complications and/or infertility. Symptoms of uterine fibroids include:

If fibroids are suspected or discovered in a routine pelvic exam, an OB-GYN will first aim to fully assess their size, number and position. This can be done using a variety of imaging methods including ultrasound and hysteroscopy (a thin tube with a camera inserted through the vagina to examine the uterus).

Determining the appropriate treatment for fibroids depends on several variables including severity and type of symptoms, to what degree the fibroids are affecting the body’s ability to function normally, and whether or not a woman wishes to get pregnant in the future.

Over-the-counter pain medication can sometimes relieve uterine fibroid symptoms. Hormonal medications, including certain birth control medications, can be very effective in reducing the pain and heavy bleeding caused by fibroids, provided the woman does not wish to become pregnant.

Women who are actively trying to get pregnant or wish to preserve their future reproductive options may opt to have fibroids surgically removed while leaving the uterus intact. Surgical removal of the fibroids alone is called a myomectomy.

Other options for fibroid removal include uterine artery embolization (UAE), a procedure that eliminates blood vessels that supply the fibroids, and MRI-focused ultrasound therapy that is a nonsurgical technique using high-intensity ultrasound waves to destroy fibroids. Pregnancy is not recommended after these procedures.

A hysterectomy will provide definitive treatment. This is the surgical removal of the uterus and can be performed in various degrees and with different surgical approaches.

Endometrial polyps, also called uterine polyps, are abnormal tissue growths on the inner lining of the uterus. Most of the time endometrial polyps are not cancerous (benign) but they can sometimes develop into cancer if left untreated.

Since women of reproductive age shed the inner lining of the uterus during menstruation, endometrial polyps are more common in women that have gone through menopause. However, they can affect women of all ages.

If endometrial polyps are suspected, imaging techniques such as ultrasound and hysteroscopy are usually used to confirm their presence. If polyps are found, an OB-GYN will take a small tissue sample for a biopsy to check for cancer or precancerous cells.

Sometimes polyps will go away over time without treatment. If endometrial polyps are identified in an exam and a woman is not experiencing severe symptoms and is not at risk for cancer, she may be advised to wait and see if the polyps resolve on their own.

Usually an OB-GYN will recommend the removal of symptomatic endometrial polyps, and removal will always be advised if there is concern for cancerous or precancerous cells. Hysteroscopy is performed to remove polyps. This involves using a lighted tube and camera called a hysteroscope, which is inserted through the vagina. The surgeon will insert small instruments through the tube to remove the polyps.

Hormonal medications may be prescribed for short-term relief of symptoms caused by polyps, but may not eliminate the polyps themselves.

Our doctors who perform gynecologic robotic surgeries have had extensive and specialized training, their level of experience improves surgical outcomes. We offer the latest surgical techniques to get you back on your feet and feeling better fast. 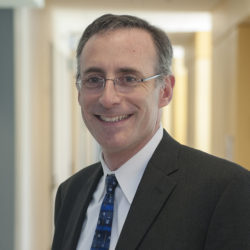 Get to Know Dr. Jacobson 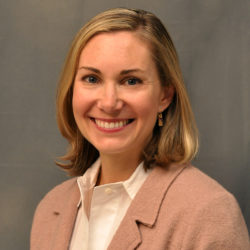 Get to Know Dr. Patterson

Ovarian cysts are fluid-filled sacs that may develop on one or both of a woman’s ovaries. The ovaries are responsible for producing female reproductive hormones as well as releasing an egg each month during ovulation. The most common types of cysts form during ovulation when one of the follicles on the ovaries responsible for releasing an egg fails to open.

In most cases these cysts will go away in a few months without treatment and without causing symptoms. Because most ovarian cysts form during ovulation, they are far less common in women who have gone through menopause.

Complications arise when cysts become abnormally large. Less commonly, cysts may rupture or cause ovarian torsion, a condition in which the ovary is abnormally twisted due to the cyst. In rare cases, ovarian cysts can be cancerous. Additionally, some women produce many small cysts on their ovaries due to a condition called polycystic ovary syndrome (PCOS). PCOS is a common cause of infertility in women. 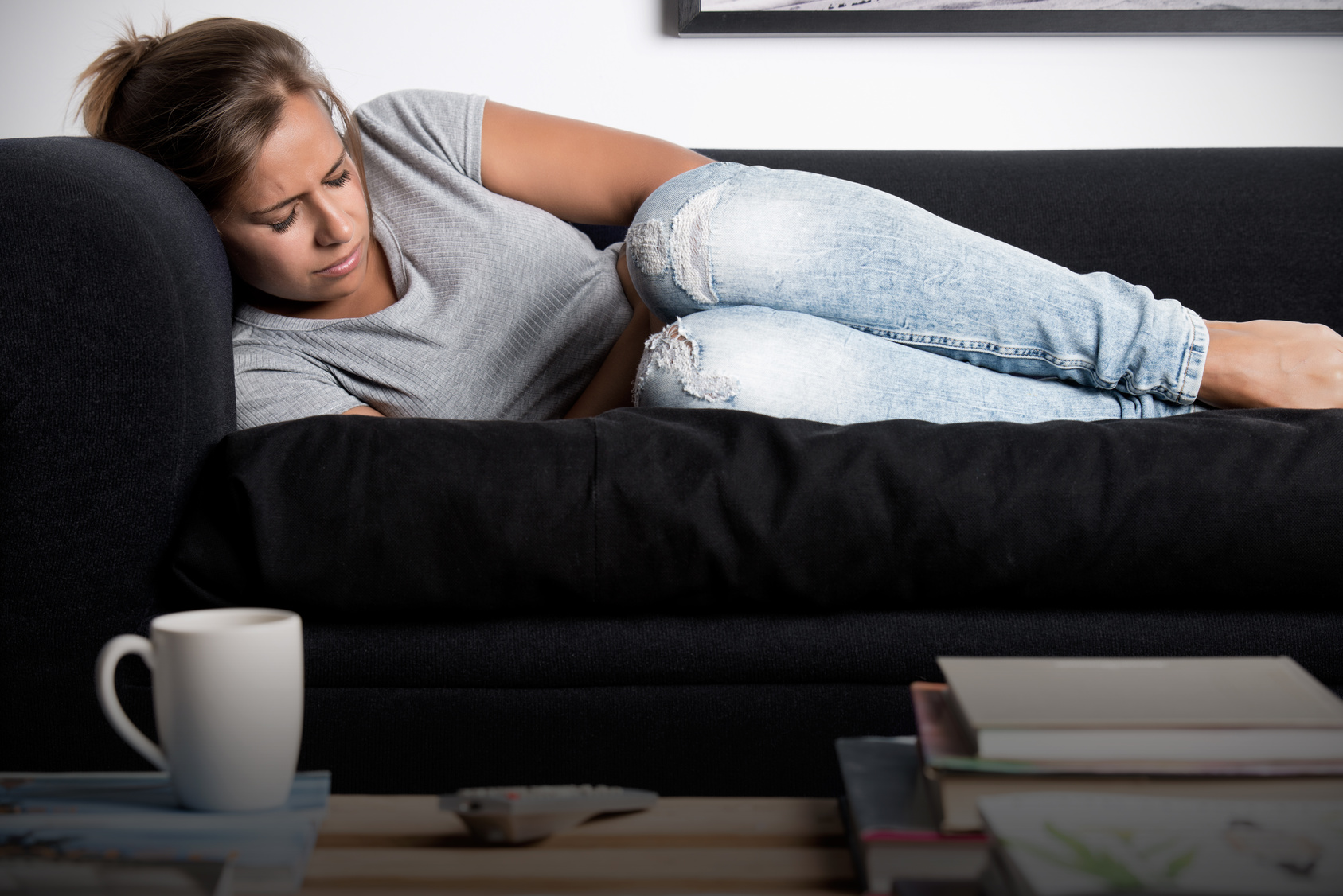 The majority of ovarian cysts will not cause symptoms. When they do, the symptoms include:

Women experiencing sudden and severe pain should seek immediate medical help, particularly if the pain is accompanied by vomiting or fever.

When ovarian cysts are suspected during an exam, an OB-GYN will determine whether or not further testing is needed. This is usually done via pelvic ultrasound.

If further evaluation is needed, laparoscopic surgery may be used to investigate ovarian cysts. This minimally invasive technique uses a small incision and a camera to help guide the surgeon. Laparoscopy may also be used to surgically remove the cysts.

Since ovarian cysts often resolve on their own without treatment, a period of watchful waiting may be recommended if a cyst is identified during a routine examination. Periodic pelvic ultrasounds may be used to monitor the growth and development of the cyst.

Oral contraceptives (birth control) may be prescribed to prevent the formation of ovarian cysts during ovulation.

If surgical intervention is necessary, ovarian cysts can often be removed while keeping the ovaries and other pelvic organs intact. This is called a cystectomy. In more severe cases, an oophorectomy (removal of one or both ovaries) may be necessary.

The first step in preventing complications from fibroids, polyps and cysts is a routine pelvic exam.

side nav 3 – subpages without children