Nearly all women have used oral contraceptive pills at one point in their lifetime, but there are still many misconceptions about this method of birth control. 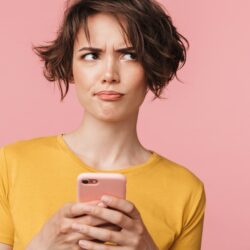 More than 72 million women in the United States are currently using contraception, and probably every one of them at some point has fallen prey to a myth about birth control pills.

Do the pills cause weight gain? No.

Do I have to take them at the same time every day? Yes … and No.

Do antibiotics mess with my birth control pills? Well, one does.

Let’s set the record straight about some of the most common myths about this common method of pregnancy prevention. You don’t want to make a mistake based on a myth.

Myth: You only have to take birth control pills on days you are intimate

If you are prescribed birth control pills, taking one every day is the only way to ensure they are effective. The pill contains hormones that prevent pregnancy, and consistently taking the pill keeps the hormones at the appropriate levels. So, only taking it on days one has sex will not work.

Some women believe they are only fertile on the day they ovulate and might think they only need to take their pill on that day. First, that’s not true. You can get pregnant with sperm in your body before you ovulate; they can live for about five days, making a woman’s fertility window “open” for around six days a month.

Second, even if it was true, you would have to be 100% accurate in predicting which day ovulation occurs in your menstrual cycle. And it often changes month to month.

Just take them regularly. If taken correctly, fewer than 1 in 100 women get pregnant every year while on the pill. However, if not taken consistently that number increases to 9 in 100 women.

Myth: You have to take your pill at the exact same time each day

That depends on what kind of birth control pill you are taking. If it’s a combination pill, one that has the two hormones estrogen and progestin, you just need to make sure you take it every day. It does not have to be at the exact same time, but the goal should be to take it at approximately the same time every day. Combination pills are the most common type.

If you are taking a progestin-only pill, you will need to take it within the same 3-hour period each day for it to be effective.

Now, it’s a good idea to also take the combination pill at the same time every day, not for its effectiveness but to help establish a routine for making sure you take one every day. For women who have difficulty consistently taking a contraceptive pill, other methods of birth control, such as an intrauterine device (IUD), an implant or a vaginal hormonal ring, might be better options to prevent unwanted pregnancy.

And there are various apps to remind you to take your pill, like this one by Planned Parenthood.

Myth: You have to have a period if you are on the pill

The truth is, the period you have while consistently taking the pill is not a true period. The bleeding is called withdrawal bleeding and not a menstrual period. It may seem strange, but not having a period while on the pill is safe.

IUDs, the birth control shot or hormonal implants can also cause a woman to stop having a period.

If you are not on the pill and also not having a period, it could be a sign of a health problem. The lack of a menstrual period may be caused by stress, excessive exercising, an eating disorder or a medical condition. If you have not had a period in 90 days, contact your health provider.

Actually, there is only one antibiotic that has any proven effects on contraceptive pills. Rifampin (Rifadin) decreases the hormone levels necessary for the pill, vaginal rings or transdermal birth control patches to act effectively. If a woman is taking rifampin, an anti-tuberculosis drug not commonly used, a secondary form of birth control is recommended. This antibiotic does not have an effect on copper IUDs.

There is no evidence that birth control has a damaging effect on a woman’s fertility. The National Institutes of Health found that 80% of a study’s participants who stopped using the pill conceived within a year.

Also, it may be surprising to hear, but birth control pills stop working as soon as you stop taking them. It is possible for you to get pregnant immediately after discontinuing your medication.

This is also true for IUDs or implants. The birth control shot (Depo-Provera) is the only exception. It can delay ovulation for months or closer to a year.

While contraception does not impede fertility, if you are trying to conceive but cannot get pregnant after one year of regular unprotected sex, it may be time to see a fertility specialist.

Myth: Your body needs a break from birth control pills

Unless you are trying to become pregnant, there is no reason to stop taking your pills. There are many, many benefits to being on the pill and little to no evidence that there are risks associated with being on the medication long term. There is research to indicate that being on birth control pills can decrease the risks of specific types of cancer, like endometrial, ovarian and colorectal cancer.

Choosing the birth control that’s right for you

When it comes to contraception, there are so many available options that choosing the “right” birth control method can sometimes feel overwhelming. Dr. Jennifer Pitotti shares the pros, cons and considerations for the most common types of birth control.